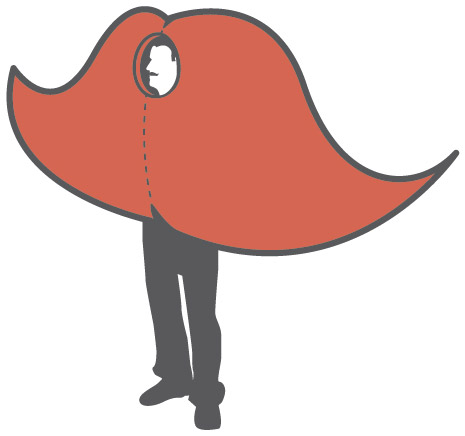 We are happy to announce that we are the official apparel designer and distributor for the Filmblazer - Two-week Turnaround Tour , or T3 for short. No, not the terrible 2003 insult to the Terminator franchise. This T3 is a community based film project, in which the producers will travel around the country for 7 months stopping in 14 different cities for two weeks each, and making 14 different films in each city in the two week period. The tour is just underway now with its first stop in Greensboro, NC. Check back in a couple days for the official Tour Shirt, but for now, enjoy this man in a mustache suit.